5 ways to unite over a GP crisis 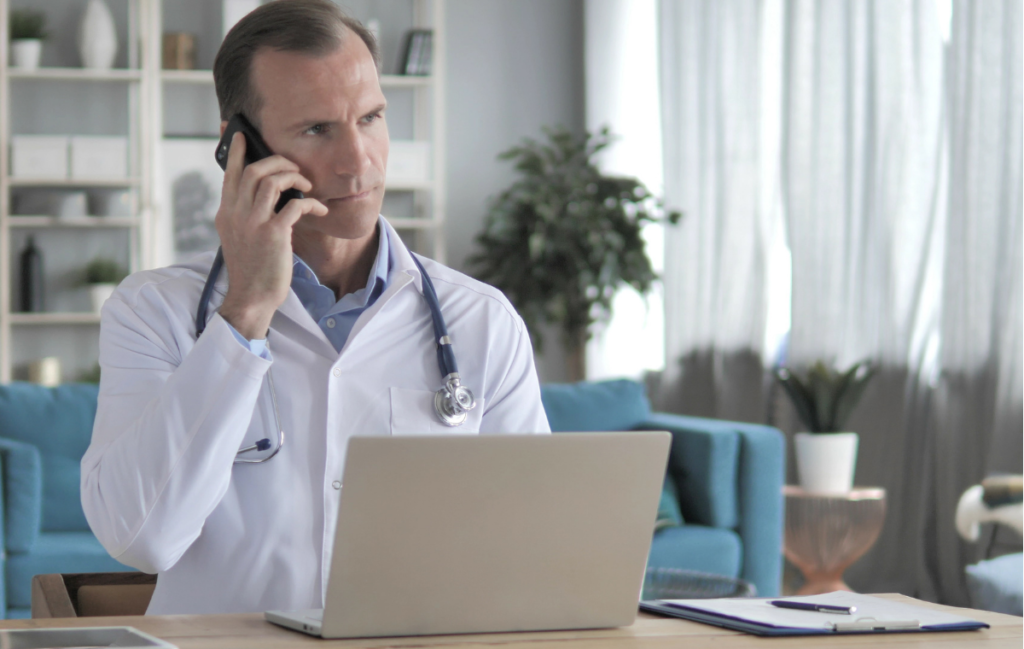 As this time around, the government prepares to lock horns with general practitioners. We ask why, following a brief period of rapturous applause, have the tables turned on general practice?

MyPulse’s Raj Kohli, a former GP, clinical commissioner and technology entrepreneur shares his views on how we could approach things differently and put doctor and patient back on the same team.

This time last year the media showed huge swathes of the public and the officials representing them, standing outside their homes in the rain, applauding all NHS workers. As the reality of a post-COVID NHS begins to bite, we are left pointing fingers at general practitioners and some of that applause has turned to booing from the grandstands.

The current focus of discontent appears to be the mass adoption of remote consulting and media reports of patients experiencing difficulty being seen face-to-face. The government’s response has been to propose naming and shaming practices for not offering ‘enough’ in-person consultations. More recently ‘demoralised, broken and exhausted’ GPs have voted 80% in favour of strike action against this proposed scrutiny.

This begs the questions; what are the problems being faced by doctors and patients and where is the relationship breaking down? More pressingly, how can we bring back doctor-patient collaboration, at a time when it’s needed most?

As a clinician and tech advocate myself, I passionately believe that while irresponsible deployment of technology can widen an access gap, better communication is needed to evaluate what is true and where ulterior motives may be skewing reality.

More recently, GPs have been tarnished as golf-playing part-timers, more than ever before. Yet administrative work, commissioning and business owner responsibilities, workload shift from hospital providers and a hostile complaints-culture, all eat into precious GP time that could be better spent seeing patients. The struggle is real and over half of GPs today are close to retirement or considering quitting.

We would urge healthcare providers to swap anecdotes for data. Show the proportion of a GP’s time now allocated to seeing patients compared to a decade ago. Record how many times your GPs and practice nurses work through their lunch break in a week.

Shareholders in publicly owned companies expect to see detailed annual reports, which talk about trends and how their services have had to respond. Commissioners could help practices leverage the incredible amount of data held on primary care systems to do the same. Decide on what’s impacting demand the most and present it in a consumable way to the very people who show that sense of ownership over the NHS, your patients.

2. Hold on to empathy

Clinicians are either born empathetic or need to learn empathy pretty fast, in order to be good at what they do. However moral erosion, the observed phenomenon whereby clinicians become less morally sensitive due to increasing cynicism, can creep in. It may seem incredibly difficult at times, but both sides must try and hold on to empathy.

From the public’s perspective, this begs the question – in the UK, are we pre-programmed to withhold empathy from any public sector worker who could earn six-figures?

Programmes like ‘GP: Behind Closed Doors’ have helped to improve transparency, but where they focus on incredible interpersonal skills and touching moments between doctor and patient, they fall short of showing the breadth of activity that goes on in a practice everyday. Admittedly, 60 minutes of watching a GP sign repeat prescriptions or being in a call queue to a hospital secretary, does not make for compelling telly.

Anyone working an A&E reception desk or in the paramedic service will tell you that patients aren’t always the best judges of where to seek appropriate care. These choices have grown over the years and as patients, we must stay informed and think harder when making those decisions. What is an emergency, what is urgent and what simply requires routine attention?

If patients have begun to perceive remote consulting as ‘lower quality’, why is that? Do they feel rushed or less listened to? How could remote consultations be delivered differently to help patients appreciate their value?

One example would be to offer different lengths of remote consultations; longer, scheduled calls for patients with complex needs and shorter ad-hoc calls for triage or brief queries. Another would be to record technology preferences when patients first register with a practice. And finally, offer specific staff training to help avoid the pitfalls of remote triage, so face-to-face appointments are always offered when appropriate. We could also support clinicians to offer greater parity of experience when delivering care, through video or by phone.

Most GPs strive to involve patients in decisions about their care, but are not always clear in explaining their logic.

Highlight the value of triage and how sometimes a remote triage call may then necessitate a subsequent face-to-face consultation. Often it is not because the initial call was unnecessary, on the contrary, if there was no triage, GPs would be too swamped to see any patients in person, when they actually needed it.

5. Do not become pawns in someone else’s game

From heroes to villains, general practice has always been an easy target for all camps. As GPs and patients, resist being drawn into battle. Don’t be won over by podium soundbites and shallow, undeliverable promises. Improve communication between one another through patient participation groups, lobbying and appropriate use of social media. We are more aligned than we think and it is important to listen to both perspectives, without the constant shrill of media headlines.

Are we being oversold the relationship breakdown? Of the 30 million routine appointments delivered by practice in October (up 6.3% from the previous month), two-thirds were delivered in-person. This year’s GP Patient Survey, which received 850,000 responses, paints a brighter picture. The survey revealed that 83% of patients rated their experience with their practice as ‘Good’. There was an increase in satisfaction when making an appointment to see their GP, where over 70% described this process as ‘Good’, compared to 65% in last year’s survey.
.
When we look at other sectors, healthcare can seem like the last bastion for digital transformation. In truth, what we are seeing here is resistance to what is arguably far from transformation. Video consulting could be seen as simply an additional channel, technology which has been shoehorned in to meet immediate needs driven by a pandemic.

The way care is delivered needs to change and change is never easy. There were concerned voices when the Out-of-Hours model changed and when nurse practitioners were introduced. All this has been necessary to keep primary care’s head above water – a service which delivers 90% of all NHS consultations, using only 8% of the NHS budget.

Let's get in touch

We’re always on the lookout for talented individuals who share our values. Send your CV to careers@mypulse.ai, along with a cover letter describingwhy you want to work at mypulse. Alternatively use the form to send us your CV directly.

We use cookies on our website to give you the most relevant experience by remembering your preferences and repeat visits. By clicking “Accept All”, you consent to the use of ALL the cookies. However, you may visit "Cookie Settings" to provide a controlled consent.
Cookie SettingsAccept All
Manage consent